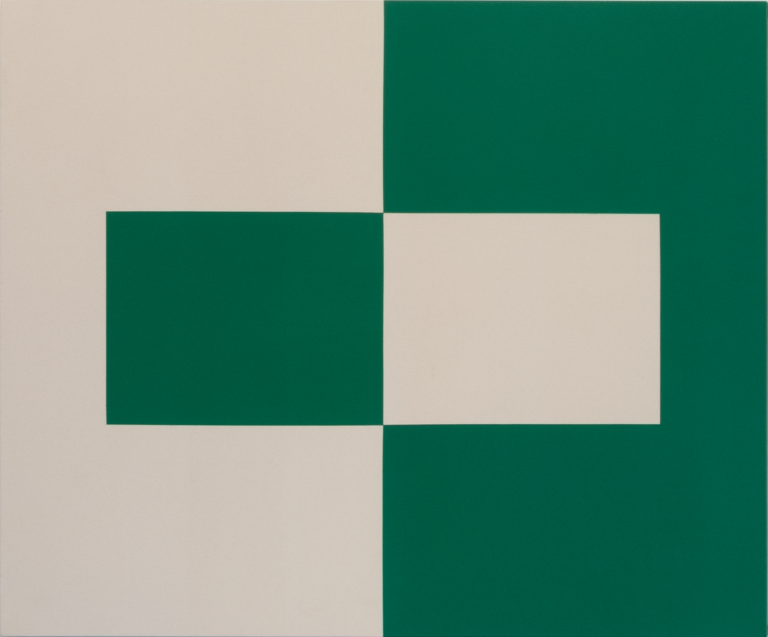 A pioneer of contemporary hard-edge geometric abstraction, Carmen Herrera is one of the most significant Cuban painters of the 20th century. She forged her distinctive style while living in Paris in the years following World War II, where she was influenced by artists such as Josef Albers, Max Bill, Amelia Peláez, and the painters associated with the Bauhaus and Madí groups. Her investigations in paint anticipate those of Op art and Minimalism, with which her work is often associated. Her approach is one of radical simplicity, yet it prompts the viewer to attend to subtle details that have been carefully structured by the artist. In Alba, Herrera juxtaposes bright green acrylic paint with the off white of raw canvas. Through her simple play with rectilinear shapes, Herrera creates a dynamic composition that evokes movement and depth. 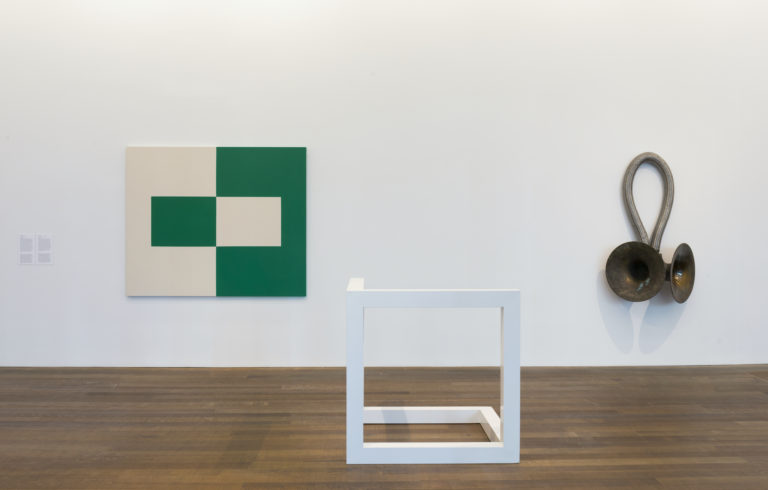