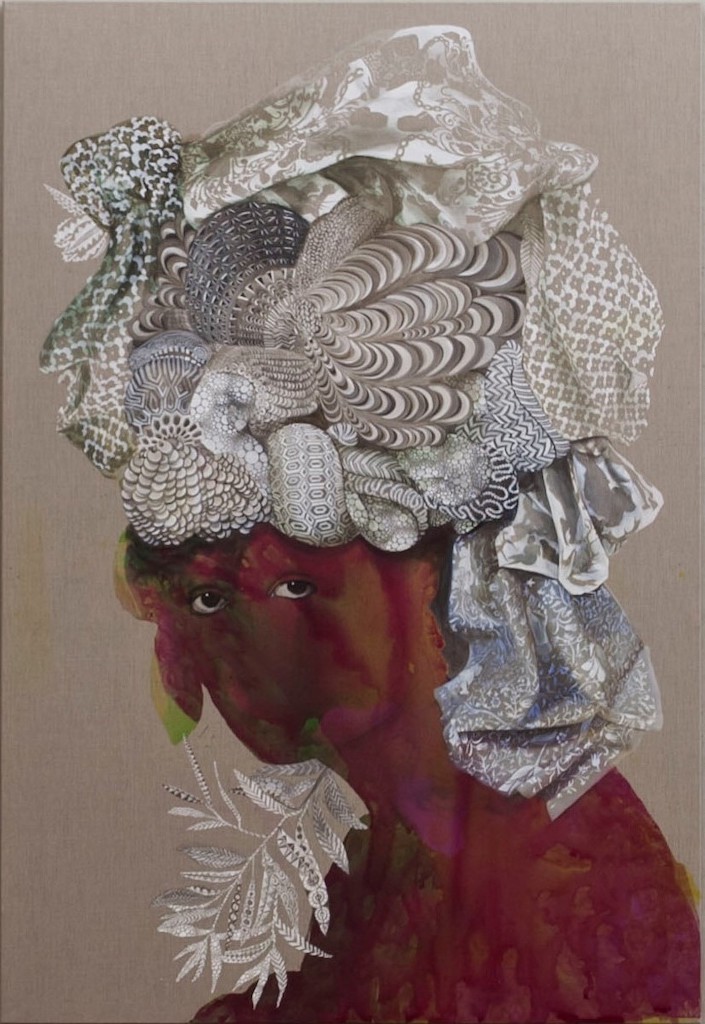 Presented against a neutral backdrop, the striking figure in Sans-Souci (This threshold between a dematerialized and a historicized body) looks directly at the viewer with a calm yet powerful expression, lending the painting a mysterious quality. Recalling neoclassical portrait painting, the subject of Báez’s work is painted with yellow and ruby swatches of color and wears an exquisite headdress. The sitter’s pose resembles the subject of Jacques Guillaume Lucien Amans’s painting, Creole in a Red Headdress (ca. 1840), a portrait of a sensuous black woman from antebellum New Orleans often regarded as a stereotypical representation. Exemplified by this work, Báez is known for her painterly explorations into the tignon—a headscarf that was mandated by law to be worn by free women of color in Louisiana to prevent them from attracting white men. Here, the figure’s gaze communicates authority, not passivity. Through this expression, Báez aims to draw attention to the history of the sensualized depictions of these women, who in reality had an unapologetic approach toward the mandate, decorating their headdress with beautiful textiles, ribbons, and feathers. In this painting, Báez acknowledges the history of the garment, reinterpreting it as symbol of pride and resistance. 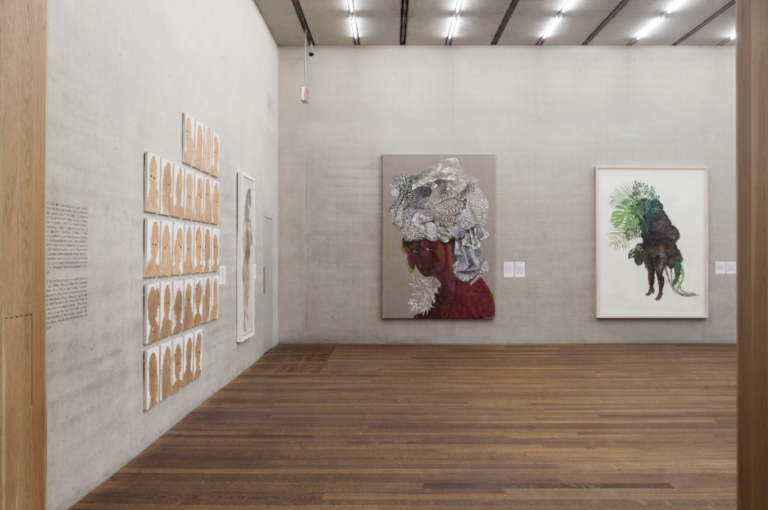