Barbadian visual artist Ewan Atkinson discusses his creative process and the invisible microorganisms that inhabit the evolving fictional world, The Neighbourhood. This conversation developed in the context of a Caribbean Cultural Institute research trip to Barbados in March 2020, at the onset of the pandemic quarantine phase.

Iberia Pérez González: Our recent conversation in Barbados revolved around your ongoing project, The Neighbourhood (2006–present), a fictional world inhabited by enigmatic characters, including humans and a range of animal and other invisible species. It’s fascinating how the characters and stories continue to evolve in an open-ended and non-linear manner. Could you describe your working process, and how you create and unravel the multiple characters and storylines?

Ewan Atkinson: The project has been my focus for fourteen years, and the end is nowhere in sight. The process developed at a measured pace, which made the characters and narratives easier to manage than it may seem. While the entire narrative is not mapped out in any precise manner, there is a lot of information that viewers are not yet privy to. I make detailed notes.

The characters come from a myriad of influences. I play each character myself, either through costume or by digitally merging my face with other bodies. They are heteronyms rather than different versions of myself. It’s role play.

I created The Neighbourhood to tell stories—any story I wanted to tell. While there are overarching interests, each new series or individual work grapples with its own particular issue. Everything is interconnected, but pieces can operate on their own. How far the viewer wishes to delve is up to them. This is the case with any exploration into a culture or history: you may choose to be satisfied with a surface interpretation or to dig deeper.

The works are presented as my “discoveries.” I am the researcher who pours over findings in search of narrative and meaning. This brings process to the foreground; the artist is something other than creator alone. “Discovery” suggests something hidden or previously overlooked. When combined with the absurd, the findings appear dubious; the “well intentioned narrator” is most likely unreliable. As satire, the work tries to uncover the overlooked, without obscuring the precariousness of perspective. In essence, the project is an exercise in world–building. I am thinking through the past and analyzing the results, the present.

IPG: To what extent is The Neighbourhood inspired in the particular context of Barbados or the Caribbean as a whole?

EA: That’s where I’m from! It would be impossible for me to operate without acknowledging that frame of reference. That said, The Neighbourhood is NOT Barbados, nor is it necessarily in the Caribbean.

I take the independence movement in the Caribbean as a point of departure—a period when new nations struggled to define who they were. I ask the same questions of The Neighbourhood, imagining solutions and incorporating the same difficulties with similarly questionable results.

Caribbean histories offer a complex framework for me to work with: the colonial past, a culturally diverse hybrid space, economic dependence on tourism, post-independence nation-building, and yes, my own lived experience. From Columbus onward, the Caribbean has been imagined through the eyes and words of unreliable narrators, with intentions often hidden or overlooked. That has influenced how I look at the production of meaning. There is always the question of trust.

IPG: The invisible specimens in the Animalculae series intrigue me. What inspired these works? How do they relate to other characters or narratives within The Neighbourhood?

EA: Whenever I grow tired of staring at a computer screen in digital-stalemate, I return to drawing. Scribbling is a kind of meditative reset button. This is how The Neighbourhood was born, and fittingly this is how my Animalculae were “discovered.” They began as a series of doodles that combined elements of my favorite marks with new experiments. In retrospect, the process seems almost scientific: each “thought” laid out in a deliberate grid for comparison. From the start they resembled microorganisms, they were alive. In early Neighbourhood drawings, I tried to bring landmasses to life by adding hair-like tentacles and shapes that resembled animal parts. These organisms took that idea in a new direction. I inserted one of my human characters in a drawing of these creatures to consider the relationship between them. The result was compelling, it posed interesting possibilities, but I stopped. I had visual cues, but no story. Not yet. 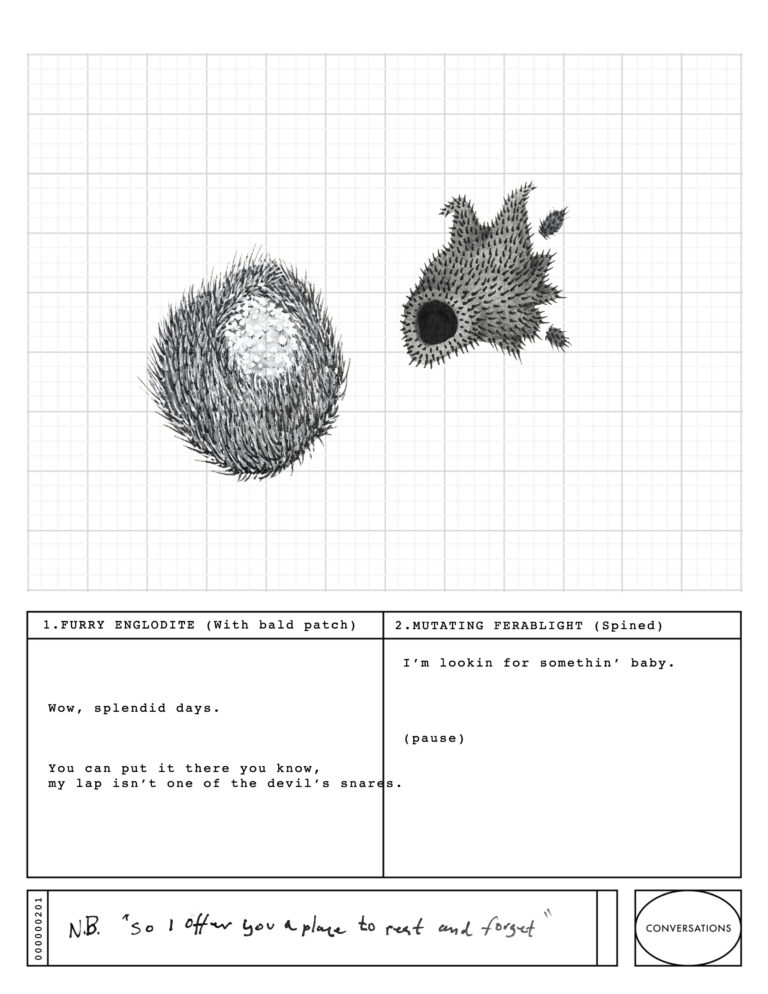 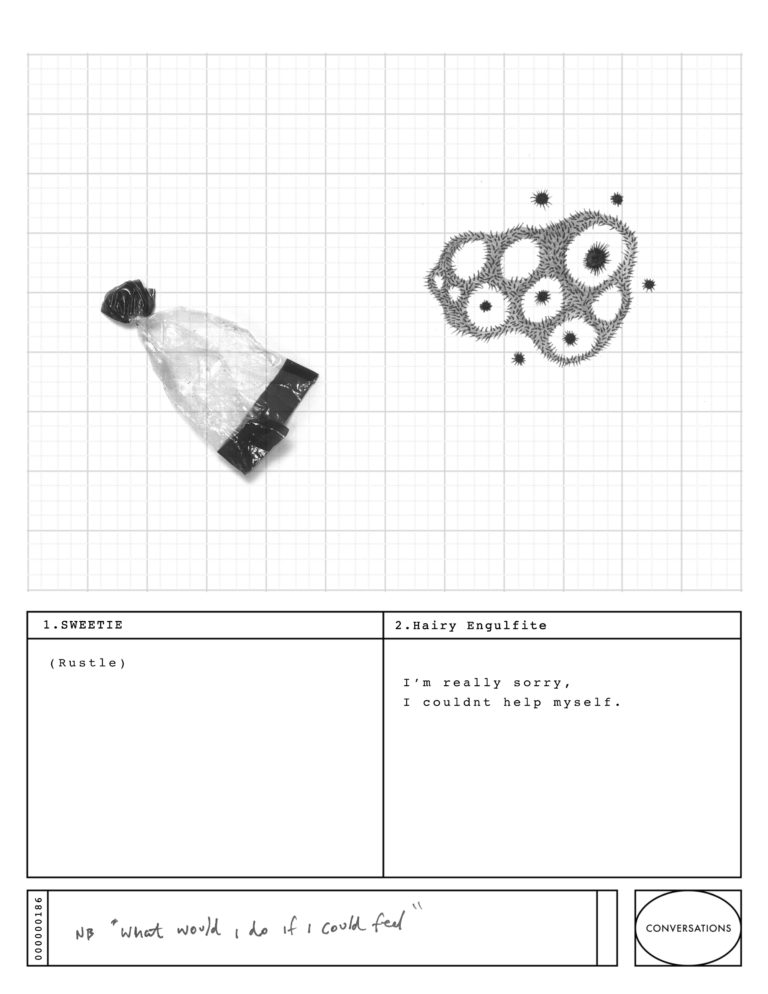 IPG: When was the first time that these microorganisms appeared in The Neighbourhood?

EA: They have not yet made significant appearances, or been given any grand introduction; rather, they sneak in, as unexplained mysteries. This is what tends to happen with features of the project. Elements are introduced in subtle ways and then more and more information appears as narratives evolve. The microorganisms first appeared in 2017, two years after the initial experiments. “Conversations” is a series of documents that catalogue overheard verbal exchanges between various Neighbourhood characters and objects. Three organisms were given names and appeared in this series. “Conversations” and the original drawing (now titled “Specimens”) were exhibited in Barbados that year, making the organisms “official” inhabitants of The Neighbourhood.

IPG: Where are you now with the development of the Animalculae? How is the series evolving?

EA: In 2018, I returned to drawing microorganisms, this time larger and with more color. I started building the drawings in layers with transparent and decorative additions that created a three-dimensional illusion. I wanted to emphasize a “constructed” quality. I had been reading about early Caribbean settlement and a concurrent vision of the tropics as a sinister place riddled with disease. This is when a narrative finally began to fall in place.

The Neighbourhood was going to be the location of The Great Exposition, a fictional world’s fair–like event that they hoped would bring visitors and financial gain. The exposition, like other world fairs, would be an opportunity to prove cultural significance in a world competing for acclaim, a positive reputation. These drawings will be artifacts on display at the exposition, scientific findings unique to The Neighbourhood.

With accompanying descriptive text, the drawings will be presented as the findings of a new character, Dr. Rasmus H. Liard. He concludes the organisms he calls “Animaculae Grandis” are somehow responsible for “aberrant behavior.” 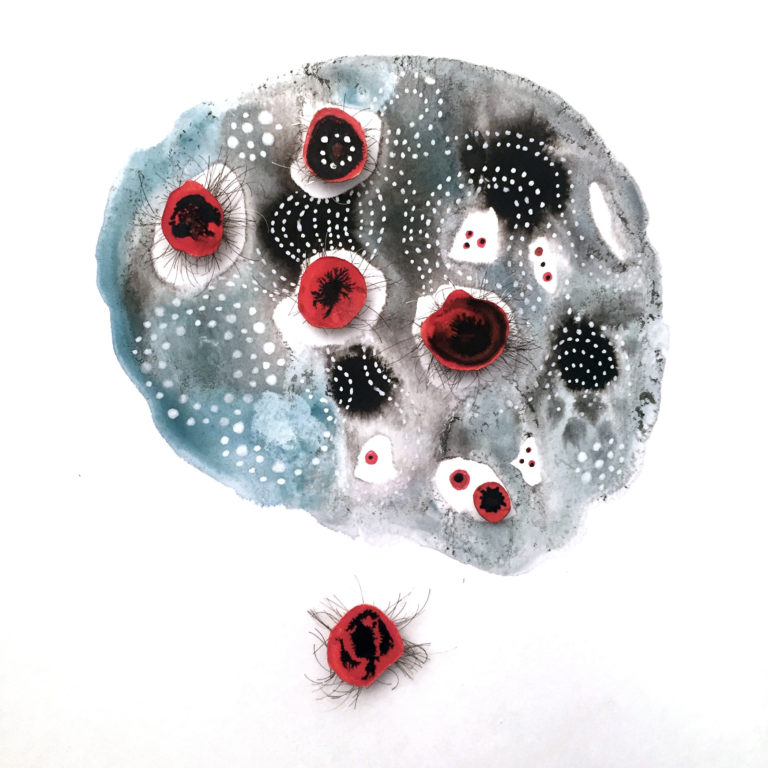 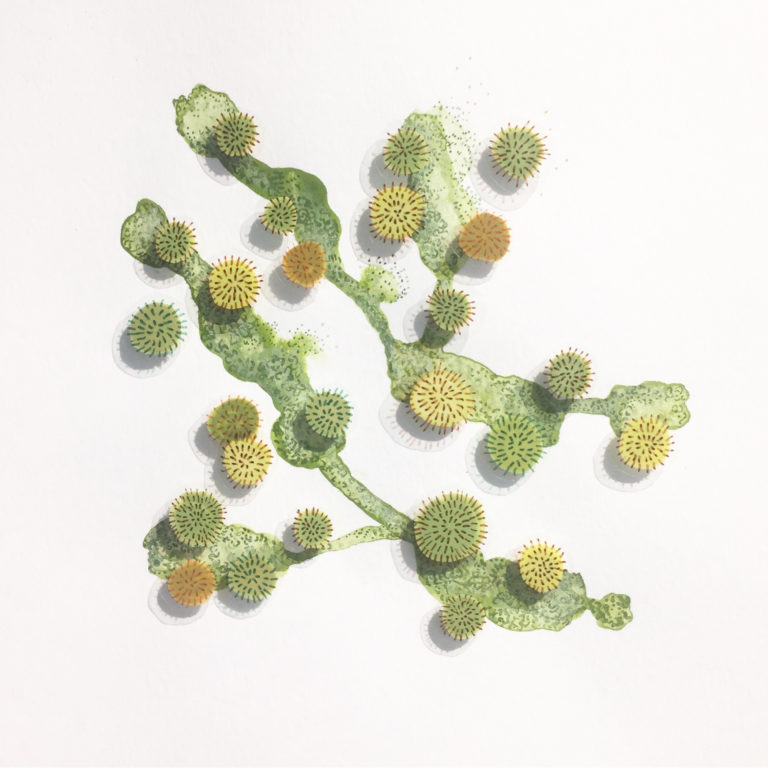 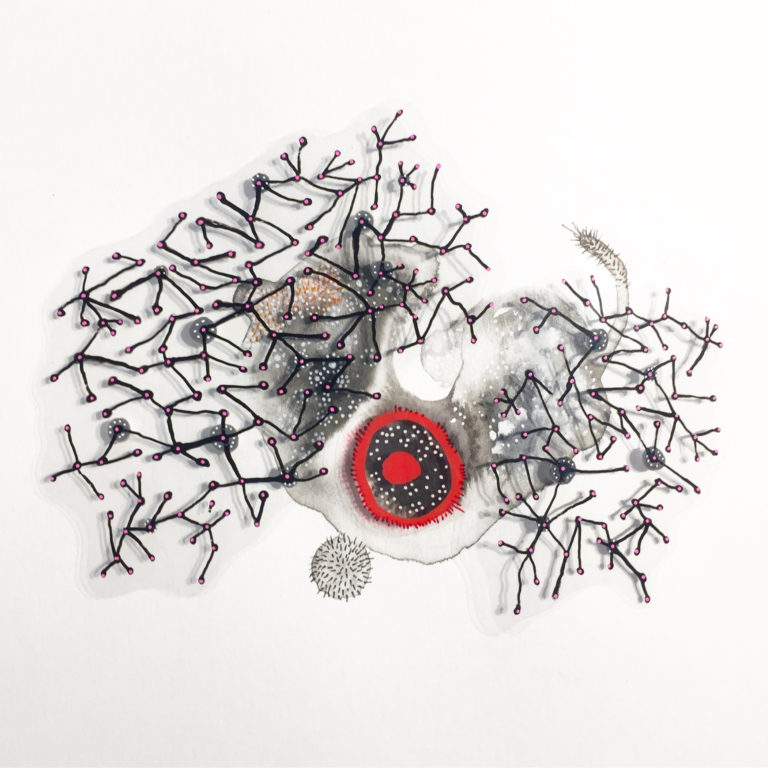 IPG: How do the smaller specimens relate to the “Animalculae Grandis”?

EA: “Animalculae Grandis” is my creation. Animalcule, Latin for “tiny animal,” is a word coined in the 1670s by Dutch businessman and scientist Antonie van Leeuwenhoek to refer to microorganisms he observed in rainwater. I love the old-world associations the word carries; I’m very interested in the obsolete. Dr. Liard’s “findings” are pseudoscientific, a desperate attempt to find an explanation for the unknown—desperate to a fault. As the Animalculae are responsible for behavior, which comes with a complex set of emotions, “Animalculae Grandis” are amalgamations of the smaller variety, each responsible for individual emotional factors. I haven’t written the accompanying text yet. The details are still elusive. You are getting a sneak preview!

IPG: There is an interesting critique to colonialism underlying the story of The Great Exposition. Do you see that playing out in contemporary times?

EA: The history of exhibitions in the name of progress is extremely contentious where a politics of representation is concerned. Colonially speaking, European expositions were about showing off the power and breath of empire, with exhibits displaying people as curiosities. The 1851 Great Exhibition in London was the foundation of the Victoria and Albert Museum collection. The Barbados Museum holds a medal from an early British exposition, given for specimens of sugar cane. While this may have been an honor on a national level, what did this offer the laborer who had the treacherous job of cutting cane, particularly considering the history of slavery?

In addition to the opportunity to look critically at the untold stories surrounding these highly staged events, it’s important to note that post-colonial Caribbean countries continue to emulate the grandiose public events of the imperial past. Similar examples of pomp and circumstance are still revered, problematic and antiquated social systems are rarely questioned. This is an opportunity for me to delve into that. 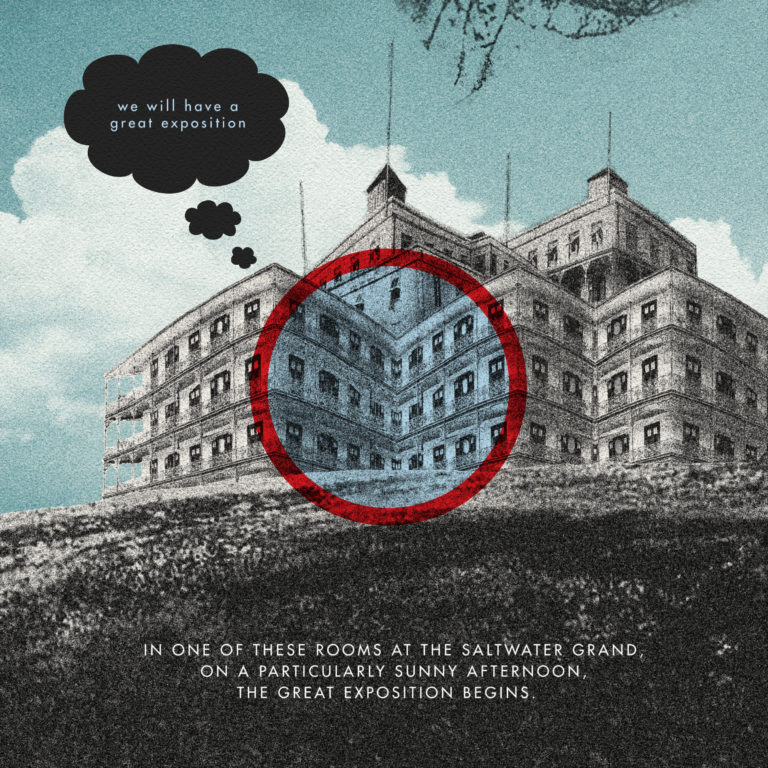 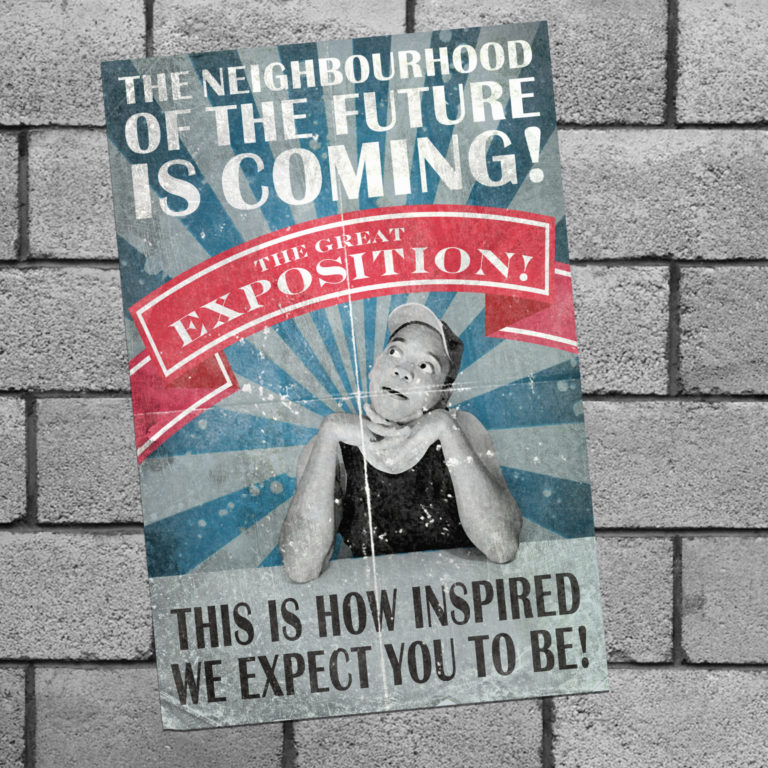 IPG: As you mentioned, you combine the absurd with the familiar, but also employ different formats or ludic strategies such as games, riddles, or humor to develop the characters and stories in The Neighbourhood. Could you elaborate on this?

EA: I’m interested in how documents and artifacts hold stories. A variety of objects operate as artifacts in my work, including notebooks, board games, and computer software. Suggesting that there is something to be solved creates a common goal. I think people enjoy sifting through something artificial that poses as real. I certainly do. I hope the tongue-in-cheek references and the satirical attention to detail is entertaining at the very least. People like to be entertained, and I enjoy providing a vehicle. I like to think the viewer is laughing with me, and then perhaps shocked when they discover what lies beneath the ruse. Some of the references are hilariously filthy, and so is truth.

IPG: Do you think this current moment of uncertainty and social distancing may influence further developments of this project?

EA: I’m not sure how to answer that. I have been inspired to make new work that makes use of the world’s heightened awareness of solitude and isolation, even though I don’t reference the epidemic directly. For obvious reasons, COVID-19 has led me to think about the Animalculae again. Will it influence the text I write to complete the series? That remains to be seen. Stay tuned! 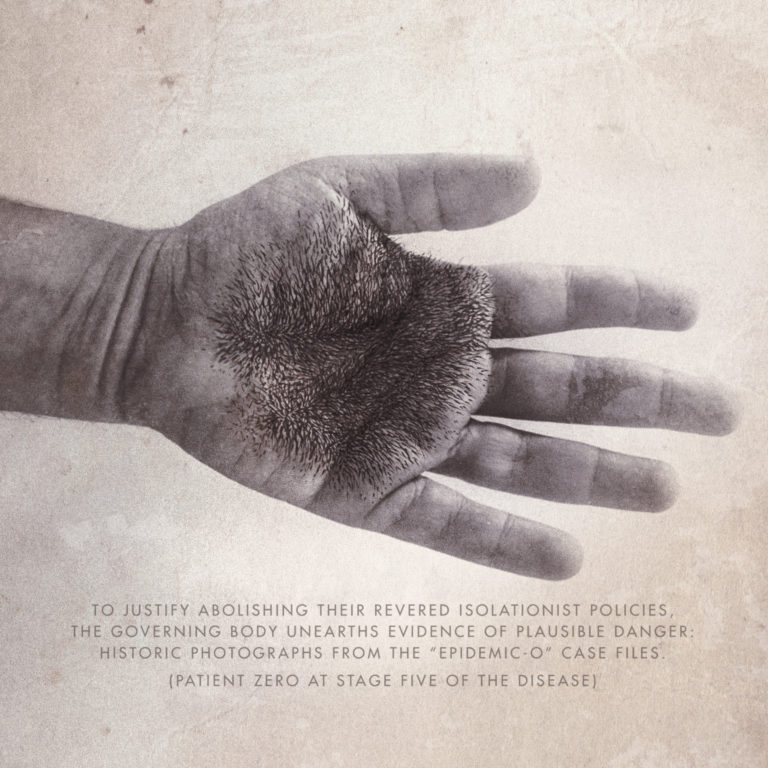 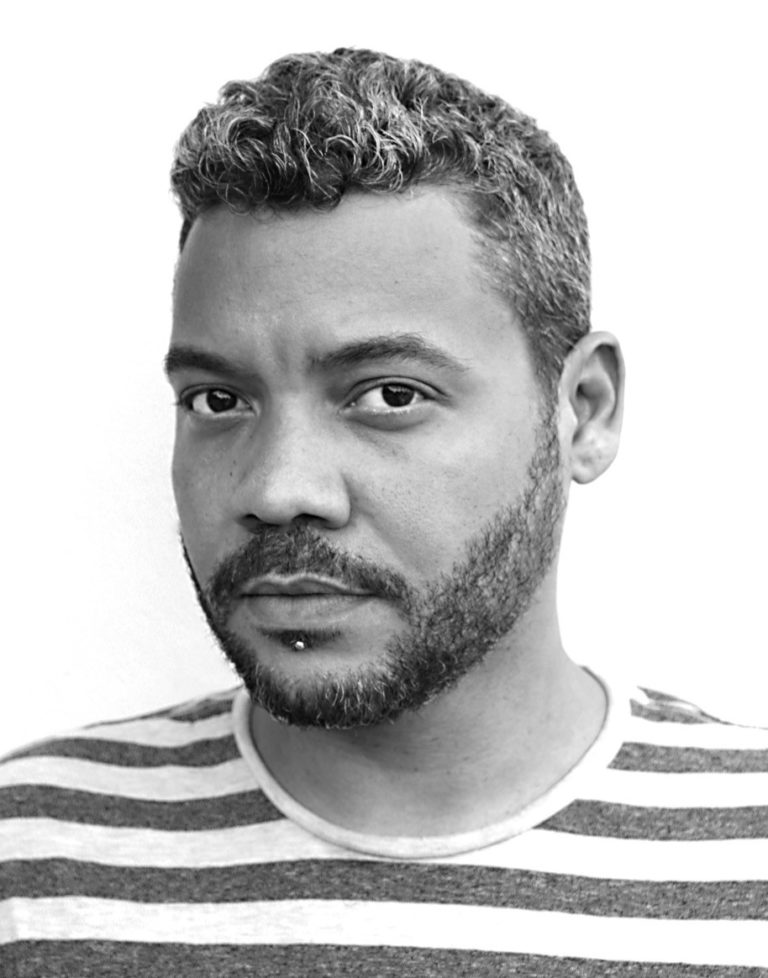 Ewan Atkinson was born in Barbados in 1975. He received a BFA from the Atlanta College of Art and an MA in Cultural Studies at the University of the West Indies, Cave Hill. Atkinson’s work has been exhibited in international galleries, museums, and biennials including the Art Museum of the Americas in Washington, D.C., the Brooklyn Museum in New York, the Frost Art Museum in Miami, the Liverpool Biennial, and the Havana Biennial. An arts educator for two decades, Atkinson is currently the coordinator of the Studio Art BFA program at the Barbados Community College and a co-founder of Punch Creative Arena, an independent curatorial initiative.